Capt. P.T. Fabian, Founder and CEO Glass has always been the weak link in any building. This vulnerability was brought home following the terrorist attack on the World Trade Center in 2001. Following the attack, security, building and infrastructure target hardening became prime considerations for governments around the world.

According to the US Commercial Building Energy Survey, there are over 87 billion ft2 of commercial and government buildings in the country. Much of this built form—police stations, courthouses, county chambers, critical infrastructure, high-tech corporate headquarters, financial institutions, and others—was constructed in a very different security environment. Modifying these buildings to meet modern security requirements presents significant challenges.
Industry has responded by meeting many of these challenges. Recent years have seen significant advances and adoption of technology such as access control systems, monitoring systems, private security contracting services and even evolving design protocols such as CEPTED (crime prevention through environmental design). But as the world saw with the attack on the Capitol Building in January 2021, windows and glass panes in doors remain the vulnerability in any building.

This year’s list of the Top 10 Architectural Glass Companies 2022, includes a company that has solved these technical challenges.

Founded in 2000, Advanced Coatings Engineering, or USACE, developed the world’s first ballistic glass retrofit technology, now sold around the world as USACE security laminates. The company’s clients are a who’s who of the business world—Apple, Facebook, IBM, The Washington

Post, several media, and broadcast stations to name just a few—and top governmental agencies, such as US Naval Head Quarters Washington D.C. here in the United States and around the world. Founder and CEO, Capt. P.T. Fabian, a retired US Air Force intelligence officer, was looking for opportunities after leaving the military. Fabian recalls walking down the street, seeing a broken window. “My military training said to me, ‘of course, this is the easiest way into a building’; there has to be a way to strengthen windows inexpensively.”

The fact is, this mix of entrepreneurial thinking, military intelligence and circumstance led to a unique insight: by polymerizing glass, that is, adding plastic to glass, the physical breakage properties of glass fundamentally change. Polymerized glass becomes stronger, can be made lighter and it becomes more resilient to a variety of threats and attacks, from aggressive forced entry attack to hurricanes and bomb blasts and even to small arms fire.

“We started humbly”, says Fabian. “I thought that if a variety of plastics could be bonded together as a laminate, it would an ideal technology. So, I bought a machine, a fast speed cold/dry laminator from a decommissioned paper mill.The problem was, it was the right concept, but it turned out to be the wrong machine.

Advanced Coatings Engineering: Taking a Shot at the Competition

I discarded the machine, lost my investment, and started over again. These are the twists and turns and risks of being an entrepreneur. I had a plan and I stuck to it”.

Working during the day in the broadcasting industry and then at night at his new venture, Fabian eventually had a working product two years later. “Everything started small,” says Fabian. “I needed market exposure, so I started by offering my product for free to every donut store in the city. People buy donuts. They walk through the front doors. I put my logo on all of the front doors”.

Following 9/11 it was the right product at the right time. Soon, clients including the Canadian Government, the US Navy, MetLife, and Boston Logan Airport came calling. As the company’s reputation grew, its client base become international, even including protection of a 400-year-old-stained glass window for the Vatican in the event of earthquakes.

With no end to demand in site, USACE is undertaking plans to build out its manufacturing capacity in the United
States and globally with a facility in Indonesia already servicing southeast Asia. Leading the global expansion strategy is Chief Operating Officer, Michael Draven. “Bullet proof glass is like the Yellow Pages,” says Draven. “Technology has changed but often, the market moves much faster than the legacy companies. The global glass industry is dominated by exceptionally large global conglomerates. Because of organizational inertia, they’re resistant to change. This creates significant opportunities for disruptive technologies”.

“We based our work on a key insight,” says Draven. People don’t realize just how heavy glass is; glass weighs 160 pounds per cubic foot. Traditional bullet proof glass might make sense if you’re building a completely new building. You can construct the floor, wall, and window assemblies to take the incredible weight of the glass. In the case of a new construction, the incremental costs might be manageable. The problem is, what do you do with all of the buildings that are already constructed, how do you target harden them as a retrofit?

Many of the country’s county chambers have historical designations with window replacement projects falling under historical façade conservation requirements.
In such cases, bullet proof glass installation isn’t just a matter of high cost, it’s prohibited by legislation. According to Draven, the company’s technology can be simply applied to the existing windows and de- commissioned at any time.

Key to servicing its client’s demanding requirements has been the company’s dedication to both ongoing R&D and product performance testing. According to Fabian, “When we first published our in-house-lab test results, a glass industry association issued a demand to cease and desist, claiming we were developing an unfair advantage and that they would use market remedies to ‘put us out of business’. That was two decades ago”.
Advanced Coatings Engineering’s technology has since been tested to the leading glass breakage and ballistic standards in the world including those established by Underwriters Laboratories, the European Union, the National Institute of Justice, and the General Services Administration. “Our clients are highly sophisticated, says Fabian, and they rely on this testing as part of their analysis. The company’s technology is now poised to be used to protect some of the most important buildings in the country. And the requirement? It’s enormous. In response to the events of January 2021, the Emergency Security Supplemental Appropriations Act assigns almost $300 Million for window replacement and security just for the Capitol Building in Washington.

My Military Training Said To Me, ‘Of Course, This Is The Easiest Way Into A Building’; There Has To Be A Way To Strengthen Windows Inexpensively

Officials are taking notice. In mid 2021, DC Metro Police and Capitol Police invited USACE to have their member put to the test USACE product at The D.C. Metropolitan Police weapons training range. More recently, the company conducted a private demonstration to law enforcement across California at the invitation of the Governor’s Office of Emergency Services (Cal-oes).

With a clear site on industry leadership, the company has developed technologies to cover the spectrum of threats against glass, from extreme weather and smash and grab attacks on windows and doors to projectiles from handguns and high-powered weapons up to shrapnel from a bomb blast and the intense heat of a Molotov cocktail.“I have the best job anyone could have. I get to break windows for a living. I shoot at glass. I blow up cars. Our goal is to bring our protection to people around the world,” concludes Fabian. 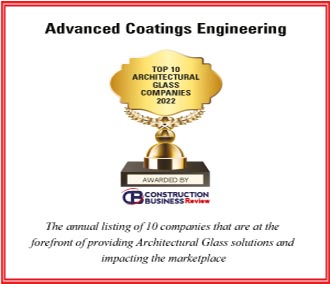