Kurt Zeidler, Co-founder/Principal The construction of underground structures, such as shafts, tunnels, and caverns, remains complicated, requiring focus on every detail right from identifying the ground conditions to designing and sourcing the suitable construction materials and finally constructing the structures. Even the minutest mistake can affect the longevity and sustainability of these underground structures, resulting in frequent maintenance support and repair later on. Internationally based Gall Zeidler Consultants stands apart from all the other players in this regard by providing the best in breed geotechnics, tunnel design, and engineering solutions. Having successfully completed over 300 miles of tunnels across the globe, Gall Zeidler is a trusted name in the tunnel construction space.

The company holds expertise in every phase of tunnel construction, right from planning, designing to final implementation. “We have extensive experience of not only our founders but also the senior staff, which is critical because when it comes to tunneling. We need to have the practical experience to help our customers understand the actual challenges on site,” begins Kurt Zeidler, Director/Principal at Gall Zeidler Consultants. Such niche experience combined with the company’s portfolio of advanced techniques and methodologies has brought Gall Zeidler a long way in the tunnel construction space since its inception in the year 2000. “We are a specialized consultancy with expertise in the design of tunnels and other underground structures in general such as shafts and caverns,” adds Kurt.

Over the years, the company has kept up with the changing industry trends such as the adoption of modern technologies and advanced construction materials. Additionally, to ensure that its structures last long and serve their purpose for the longest possible time, the team at Gall Zeidler focuses on every critical aspect, including the analysis of the ground conditions as the ground, in some cases, needs to be treated before the digging begins.

The company ensures that such processes are taken care of in each of its projects so that the structures are sustainable and low maintenance.

Although there are well defined processes that are commonly followed in construction projects, the professionals at Gall Zeidler don’t refrain from innovating. They are always working on innovative ideas or methodologies and implementing existing technologies in a new way to fulfill the clients’ demands. “Our clients typically come up with a project where they want to have an underground structure or a tunnel connecting two points, and hence, we have to come up with sometimes innovative ideas to realize that project,” Kurt mentions.

The company’s successful completion of many international projects has earned it great recognition in the industry. One such project is a new Metro in a Middle East Capital, wherein Gall Zeidler constructed an innovative binocular tunnel. The client required Gall Zeidler to build a tunnel underneath a culvert, where there was no space between the roof of the new tunnel and the base of the existing culvert. Hence, the company couldn’t build a standard tunnel with an arch because that would have been too high. The firm, thus, decided to go for a binocular tunnel where two tunnels overlap each other. In these structures, one tunnel is built with its the permanent support, followed by the second one. The two tunnels are typically joined thereafter and share a joint middle wall. However, in this case, it was the client’s requirement that no central wall would be allowed “We had to join those two tunnels without any intermediate support and design them accordingly. At the end, everything was completed quite successfully,” explains Kurt.

Owing to its expertise and the ability to continuously innovate, the company has assisted a multitude of clients who needed a unique solution. Going forward, the company seeks to adapt to the emerging trends and technologies, including digitization and digital twins.It further aims to focus on infrastructures that go beyond massive tunnels, such as sewers and sewer collectors, among others. According to Kurt, one of the distinguishing factors that make Gall Zeidler stand out is its team’s ability to think outside the box. “That’s a fundamental philosophy of our company, which makes our clients happy. Also, the fact that the firm does not shy away from going the extra mile to make things work for its customers makes it retain their faith,” concludes Kurt. 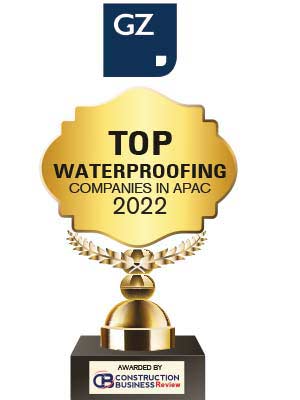 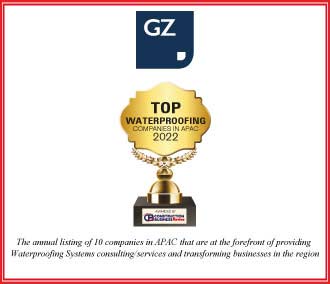