f we look at industrial townships in any developed country, it becomes clear that pre-engineered commercial steel buildings have become the turnkey solution for both domestic as well as commercial organizations. As metal buildings rise in popularity as the new go-to building system for their low costs and versatility, Houston-based American Western Steel (AWS) is aligning itself with this trend as Texas’ leading supplier of “turnkey” metal buildings. AWS offers a one-stop shop for all metal building needs, covering everything from design/engineering to the steel building to the interior build-out.

AWS not only provides the required engineering for the pre-engineered metal building but also foundations. AWS designs a steel/metal building and produces the steel with its own panel and trim rolling machines. All of the steel buildings by AWS are constructed with the highest quality materials. Not just that, while many steel building suppliers request a change order to cover “steel price increases,” even after they take the deposit, AWS provides its clients with a price guarantee. “One of the things that we do for our customers, which is in our contract in black and white, is a price guarantee. As long as the customer does not change anything on the building after purchasing it, there is a price guarantee. We have gained so many new customers over the past year due to this one item in its contract that protects them,” highlights Michael Vivian, Executive Director for International Business Development at AWS.

AWS employs in-house erecting crews that are all sitespecific trained craftsmen, as well as its own foundation crews that ensure high quality and value. With the ability to supply a pre-engineered metal building (PEMB), along with a dedicated crew that is not subcontracted, AWS is able to provide highquality work to the end user. This method allows AWS to deliver its services to some of the largest general contractors in the country. AWS added these crews due to its client base that is located within the Chem-Plant world of Texas and Louisiana. These customers require highly trained individuals that are not always available via subcontractors.

“Many times, our customers were unable to find a contractor or provider that would be able to sell them a building and have it installed for them—which is what most banks require, one general contractor for the loan process.

We have the ability to self-perform concrete and erection, as well as act both as a general contractor or subcontractor, if need be,” says Vivian. “This is really how AWS formed. Our niche was determined for us by the needs of certain clientele, which wanted the reassurance that when they bought a building from AWS, someone trusted would be putting it up and handling all of the required paperwork from their bank.” AWS has formed many great relationships with many banking institutions over the years, and its approach of providing a turnkey service allows a bank to more easily work with the end user and AWS for the steel building process. Many great companies out there provide a steel/metal building; however, that is where they stop. AWS ensures that the building it sells has the proper foundation installed as well as erected as the building should be.

We have the ability to self-perform concrete and erection, as well as act both as a general contractor or subcontractor, if need be

AWS is number one in Texas due to great customer service and the ability to produce its own buildings, design and sell its own overhead bridge cranes, install its own foundations, and erect its buildings, all without subcontracting anything. This gives AWS’ customers the direct ability to purchase without having to deal with any middleman, thus leading to a better price and extremely high quality. While other manufacturers struggle to produce and provide a steel building, AWS leverages its tremendous purchasing power to widen its reach to other steel suppliers, thus leading to more availability for the company to provide steel buildings. AWS can take a customer’s idea and create the best 3D drawings/ renderings from some of the most creative people on earth, and then produce both foundation and PEMB drawings inhouse. The ability to do that with a short turnaround is what customers want and like about AWS. Lastly, AWS always strives to do what is right for the customer, and it is how it handles difficult situations is what truly sets the company apart.

AWS has offices in four of the major cities of Texas— Houston, San Antonio, Austin, and Dallas. AWS is currently working on expanding outside of Texas, as well as opening up locations around the State of Texas that would allow customers to come and pick up components, such as roof, wall panels, and miscellaneous steel items for their projects. Many great things are in the pipeline for AWS, which will be accomplished in the upcoming years. 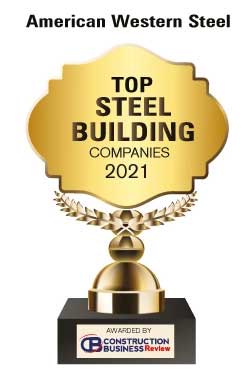